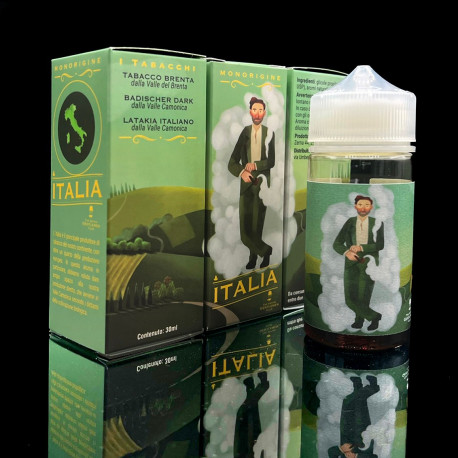 By buying this product you can collect up to 1 loyalty point.

By The Vaping Gentlemen Club

The complexity of a country like Italy could not fail to lead us to create an equally complex blend that had the ambition to tell our beautiful country and its particular varieties of tobacco.

Tobacco Brenta, an autochthonous variety of the homonymous valley deriving from the havanensis stock, has always been a classic of our production. In this mixture it expresses all its complexity: in inspiration there are evident notes of hazelnut and dried fruit.

On the exhale, notes of leather and dark wood are perceived, thanks also to the intervention of Badischer Dark Air Cured, a dark cigar tobacco originally from Alsace that has also found a home here with us.

Finally, the Italian Latakia, an excellence of the Scolari Company which was the first to think of cultivating and refining the Latakia tobacco from original seed in Valle Camonica. In this blend it is used as a light accompaniment so that its majestic smoke does not cover the other tobaccos but rather enhances the darker aspects which are however balanced by the soft sweetness of the Brenta.

Italia is a deep and aromatic blend that we allow ourselves to define as absolutely unique in its kind.

The pack contains 30ml of aroma in 100ml of Chubby.